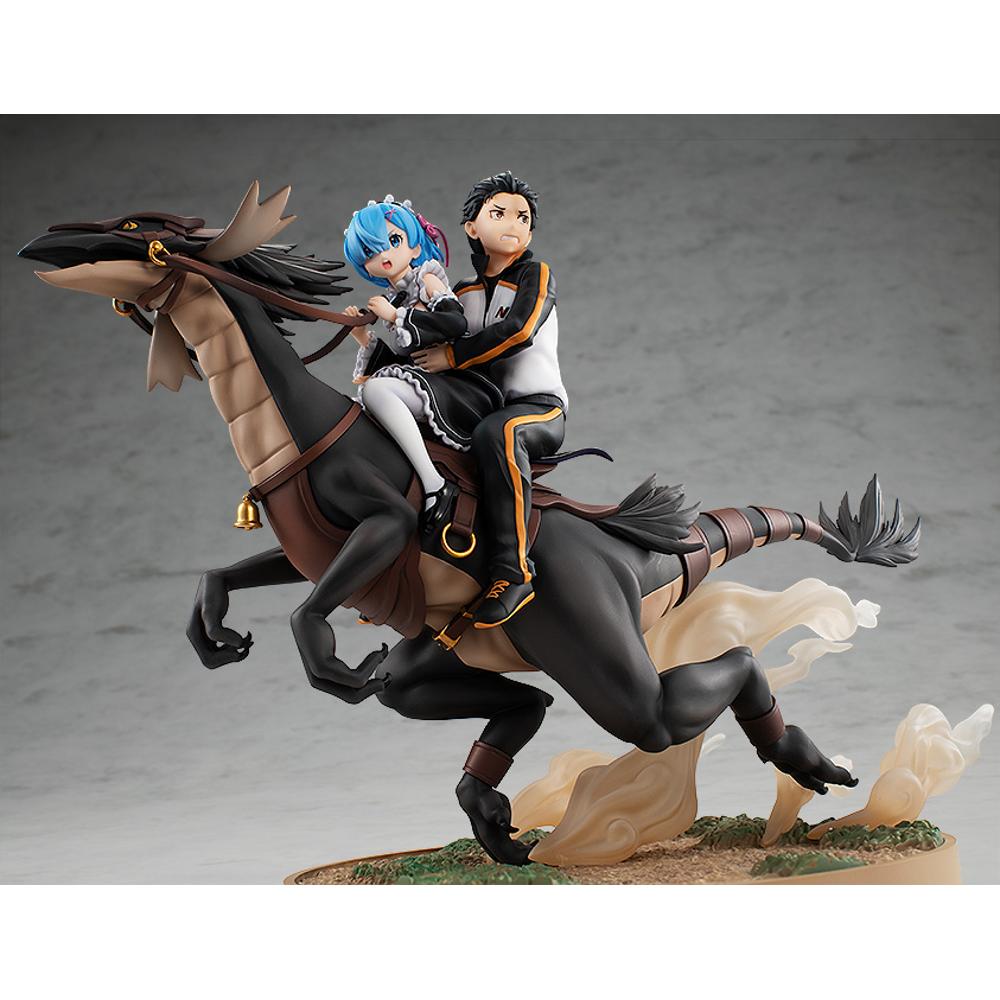 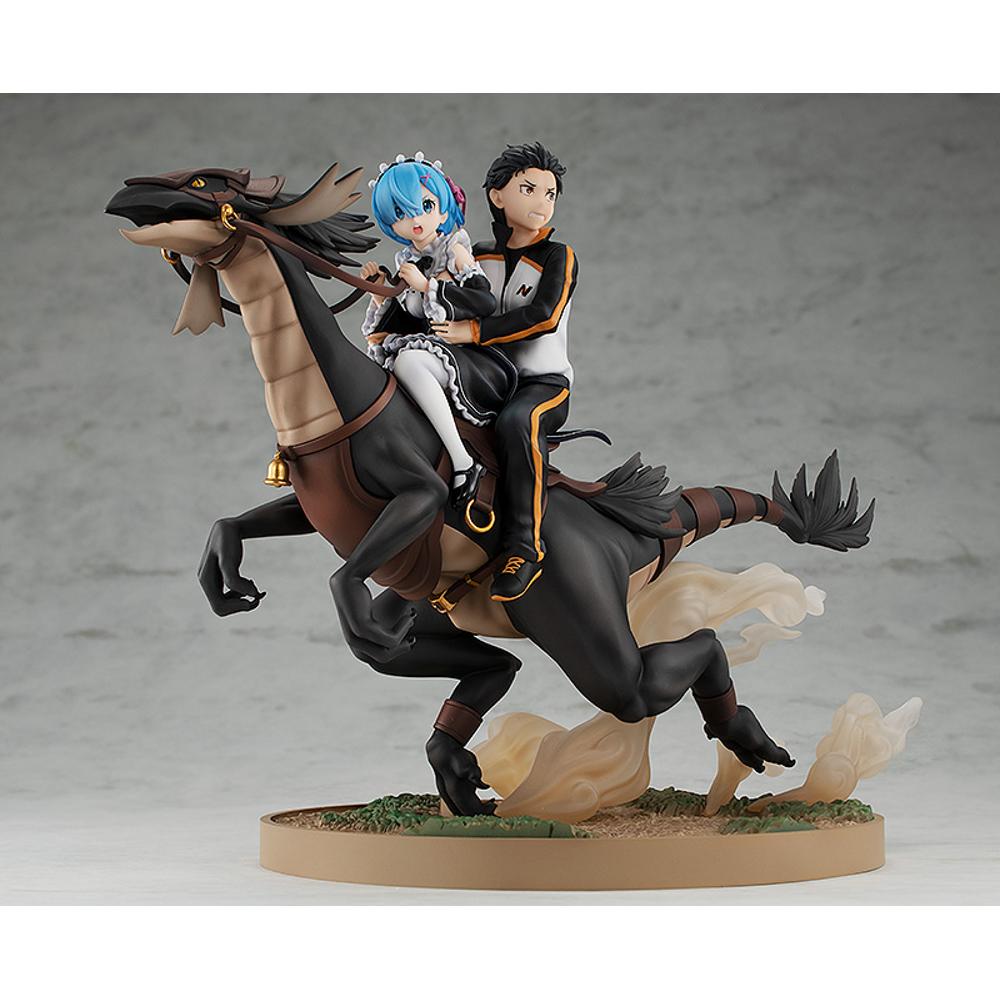 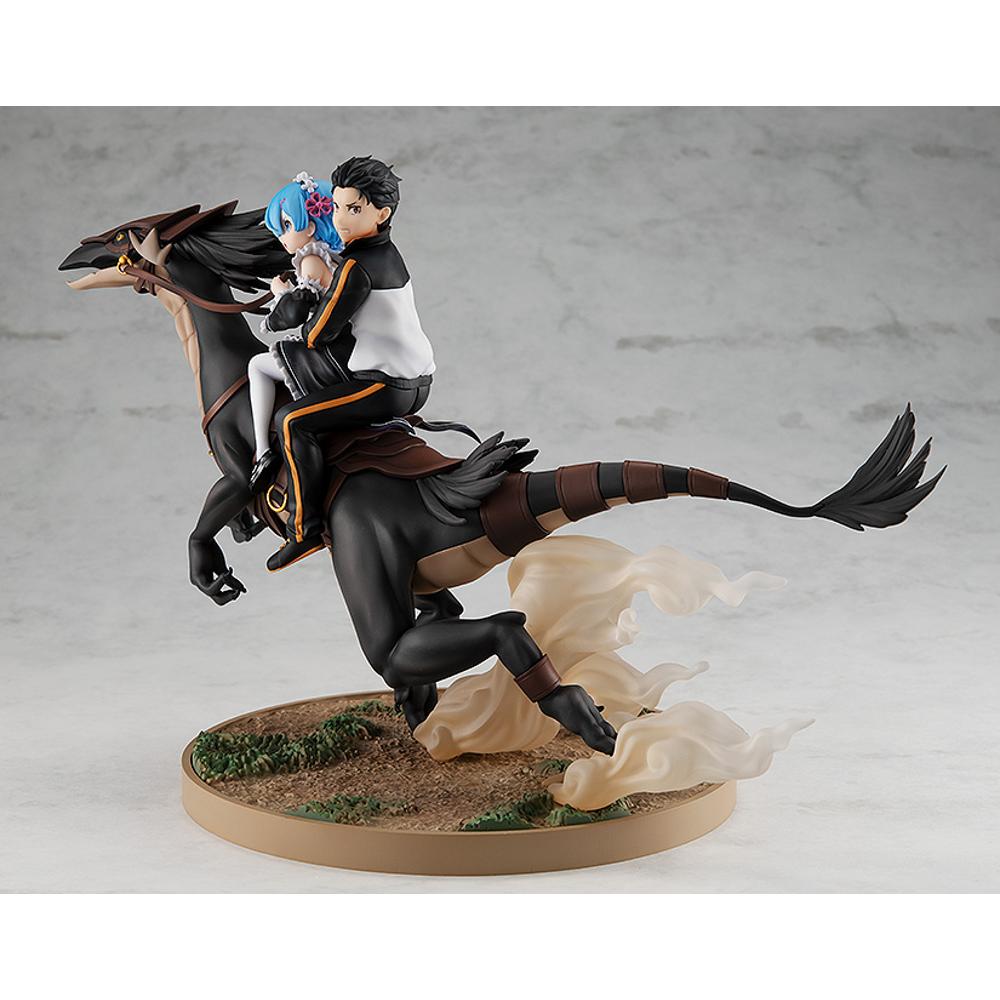 Pre-Order Closed Re:ZERO -Starting Life in Another World-
Purchasing from Japan or another country? You can order here
Add to Wish List

Description
A 30cm diorama piece recreating the attack on the White Whale!

From the anime series "Re:ZERO -Starting Life in Another World-" comes a figure of Rem and Subaru riding on the back of Patrasche, locked in a battle of life or death with the White Whale, a battle that finished off the series' first season.

Rem and Subaru's tense facial expressions, the dynamic posing of Patrasche and the dioramic base showing the dust it kicks up perfectly captures the scene from the series. Be sure to add this figure to your collection!

"I've been Ram's younger sister since the moment I was born!"From KADOKAWA's MF Bunko J's "Re:ZERO -..

"Today, I'm fanatical like a real demon!"From the popular anime series "Re:ZERO -Starting Life in An..

"Of course. I've been Ram since the moment I was born."From KADOKAWA's MF Bunko J's "Re:ZERO -Starti..

Celebrating 15 years of Rin, with many more to come.From the Fate/stay night ~15th Celebration Proje..

Kaori Sakuramori: A World Created with Music - Another 2 Ver.

"Just wearing this outfit brings out all kinds of feelings from inside..."From "THE [email protected] MILLI..

Celebrating 15 years of Sakura, with many more to come.From the Fate/stay night ~15th Celebration Pr..