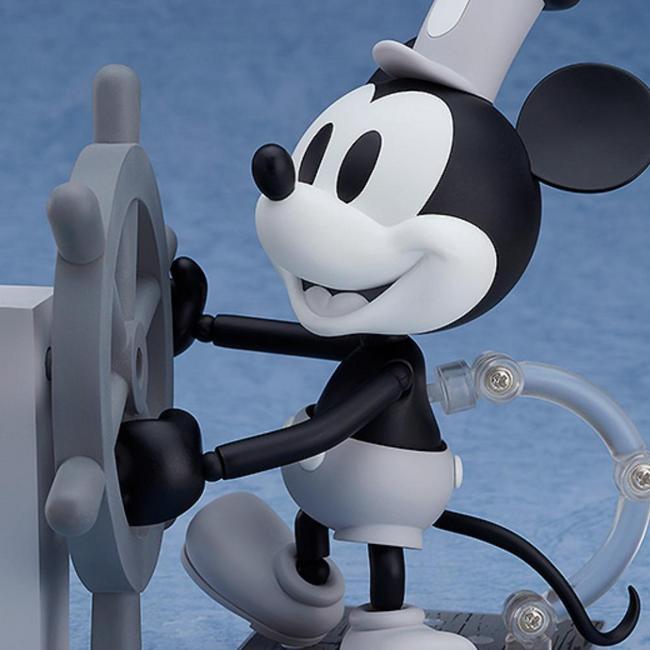 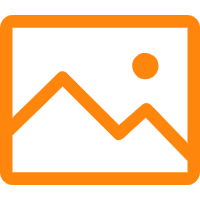 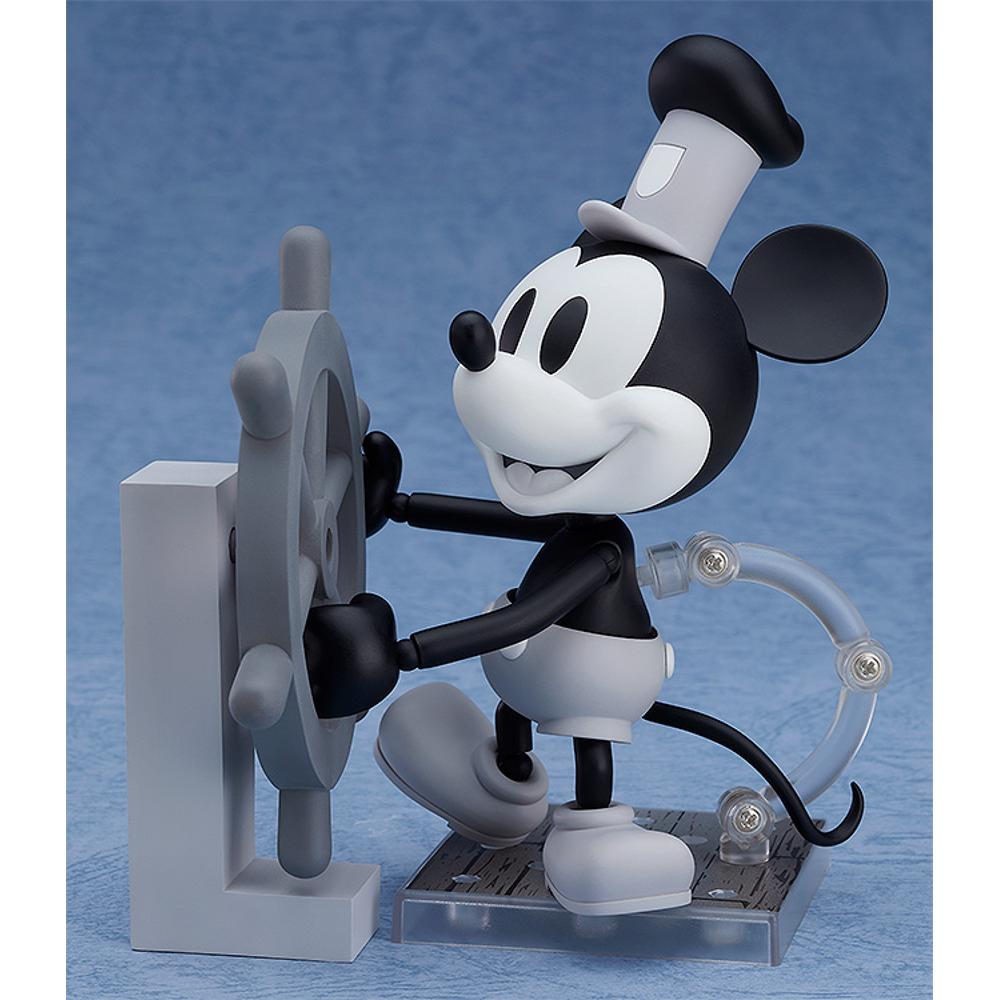 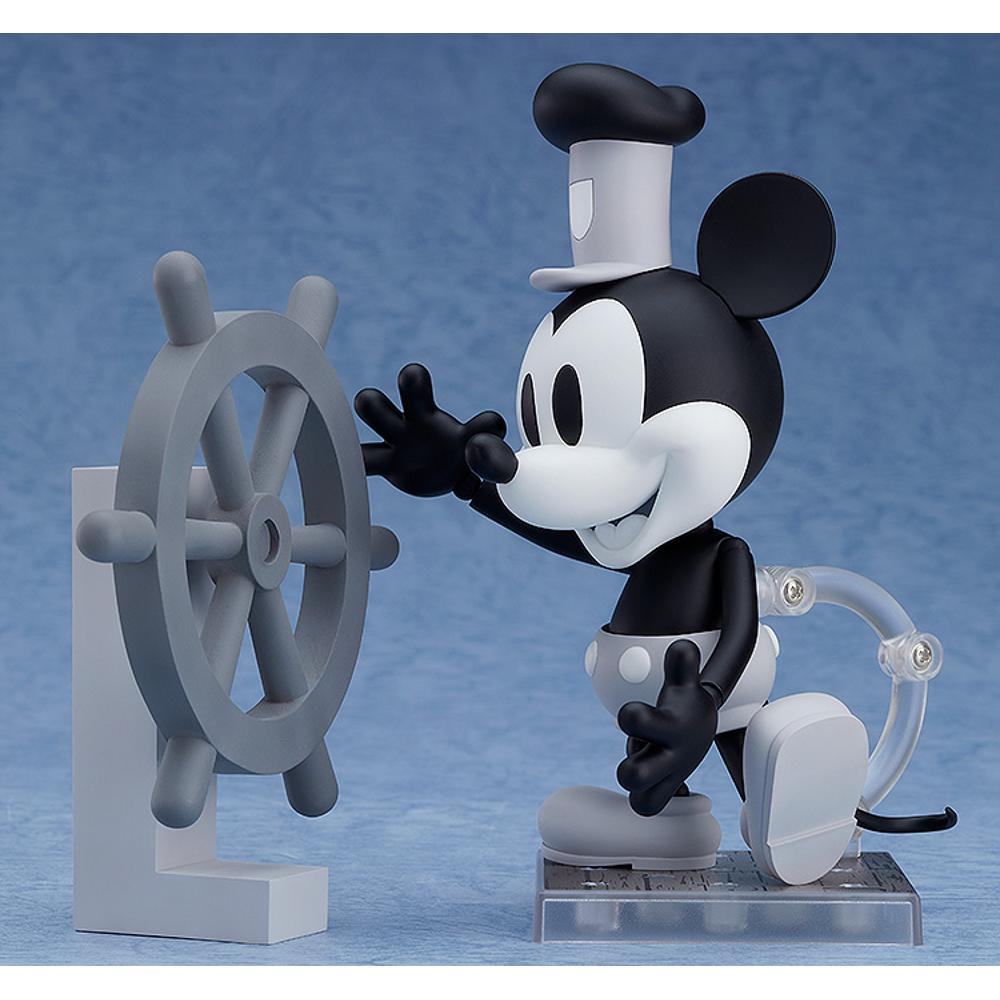 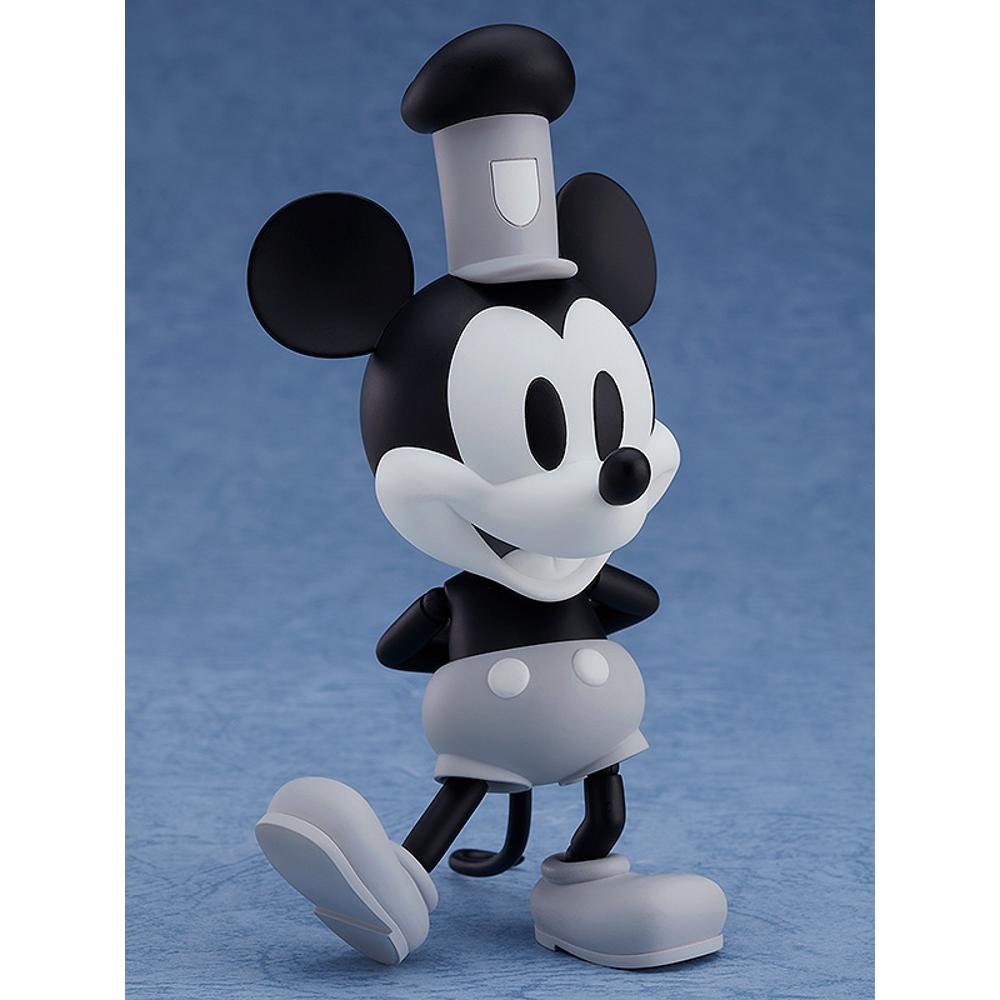 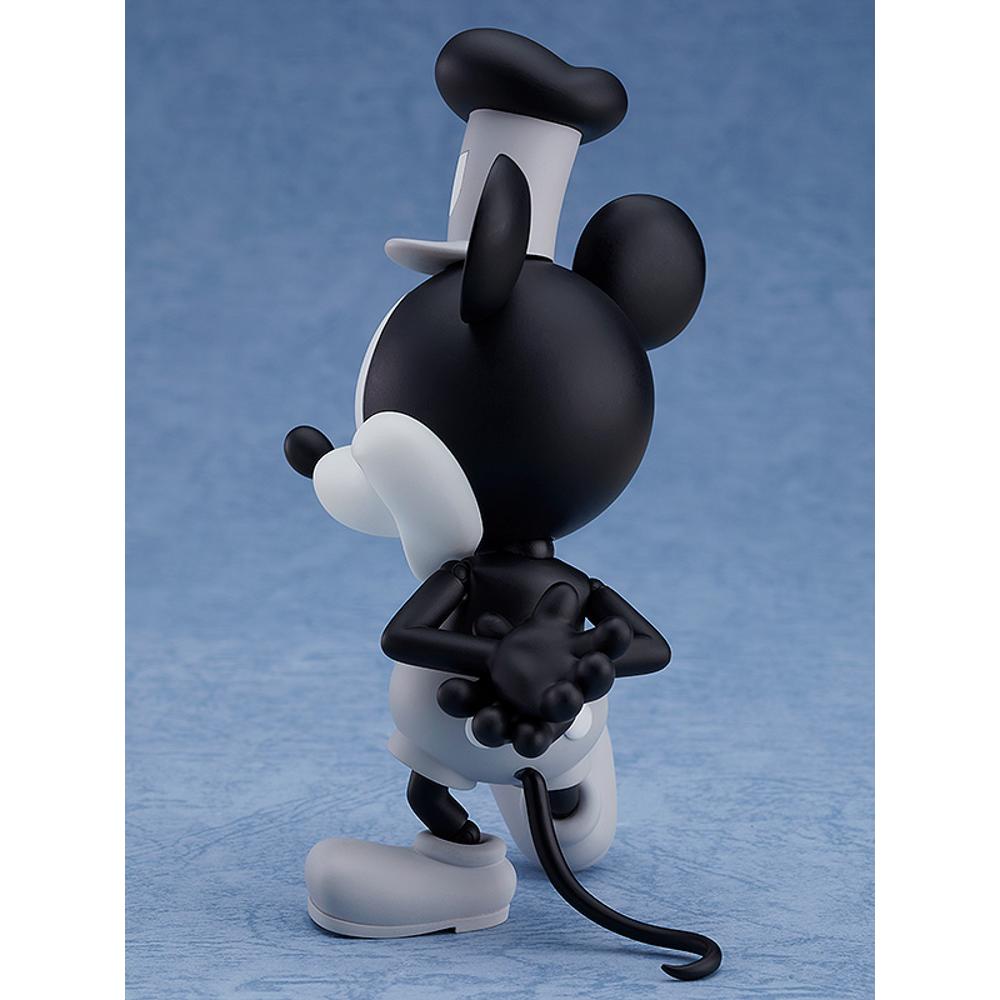 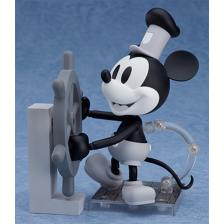 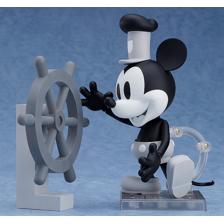 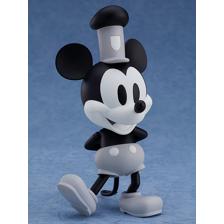 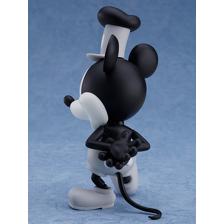 The 1928 version of Mickey is joining the Nendoroids!

From "Steamboat Willie" comes a Nendoroid of Mickey Mouse! The version of the Nendoroid features the black & white version of the Mickey shown at the time of the film's release. While maintaining his appearance from that time, he's been brought down to adorable Nendoroid size. Using only black, white and grey, the figure gives off a uniquely warm appearance.

He comes included with a smiling standard expression and a whistling expression, allowing you to recreate famous scenes of Mickey at the ship's wheel from the film. The included ship's wheel can be rotated to allow for all kinds of posing options.

Mickey also comes with both long and short arm parts as well as standard and bent leg parts, allowing you to recreate a variety of poses. The stand base features a design based on a steamboat deck. Be sure to add him to your collection!

"To infinity and beyond!"From the hit movie series, "Toy Story" comes a Nendoroid of the action figu..

"Mike Wazowski!"From Pixar Studios' "Monsters, Inc." comes a Nendoroid of Mike together in a set wit..

"Kitty!"From Pixar Studios' "Monsters, Inc." comes a Nendoroid of Sully! Both his eyebrows and eyes ..

The independent and strong-willed princess is now a Nendoroid!From Disney's "Aladdin" comes a Nendor..

The world's most powerful genie is joining the Nendoroids!From Disney's "Aladdin" comes a Nendoroid ..

The 1928 version of Mickey Mouse joins the Nendoroids! This time in color!From "Steamboat Willie" co..