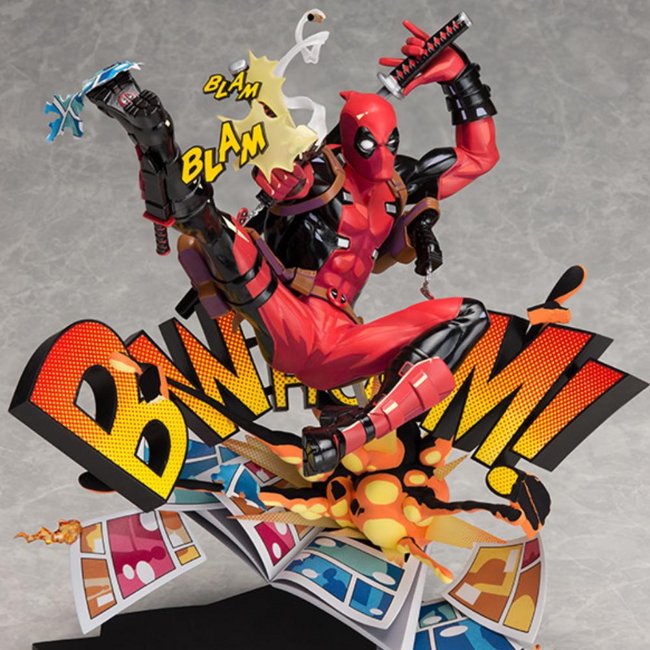 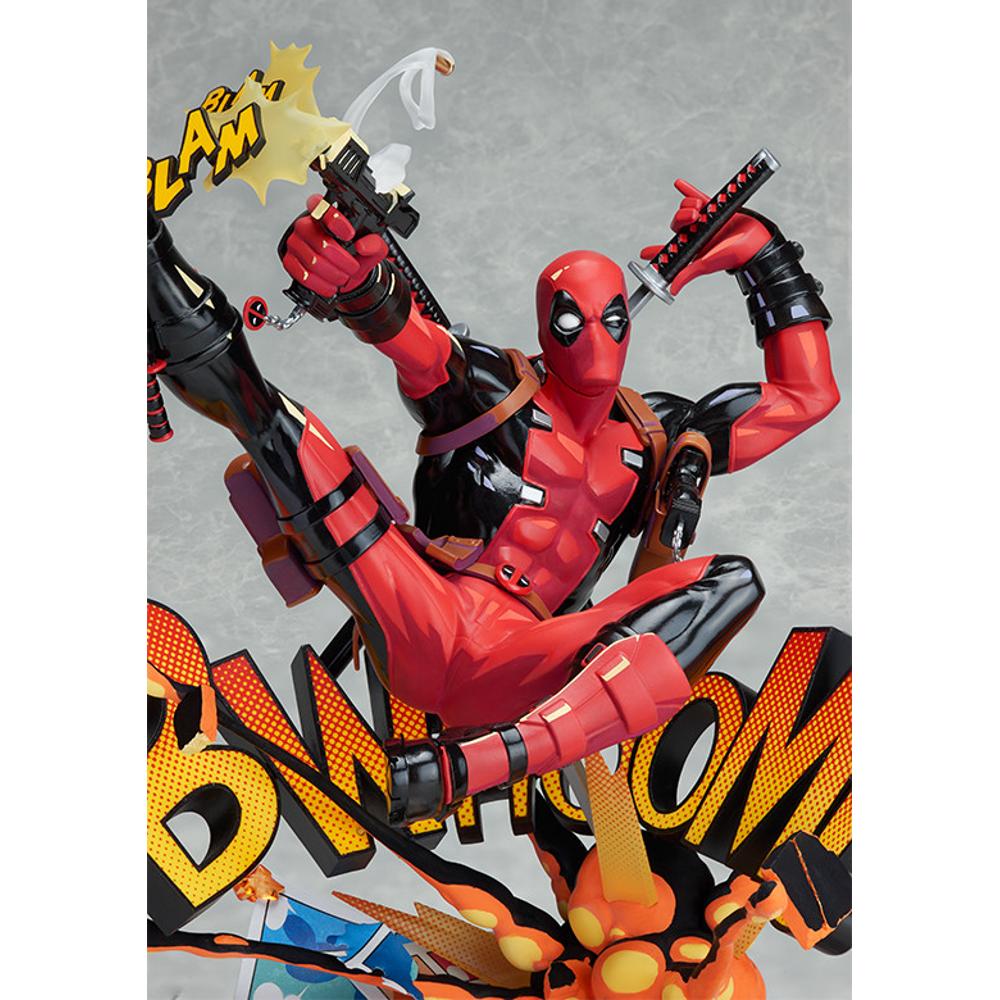 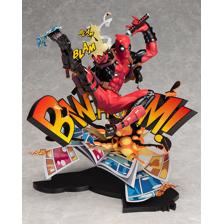 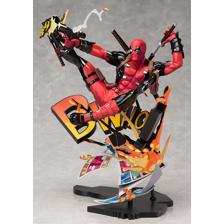 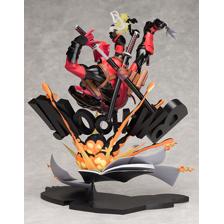 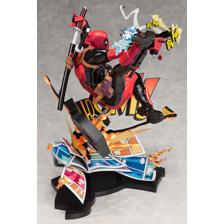 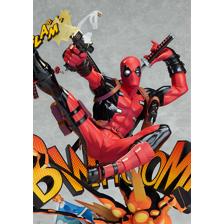 Sold Out Marvel
Due to geographical licensing restrictions this item can only be shipped to following countries: Canada,United States
Add to Wish List

Description
Deadpool is breaking the fourth wall - out of the comic and into the figure world!

A rerelease of the statue of MARVEL's unique hero Deadpool in a completely original pose! Deadpool is well-known as a character that likes to breaks the fourth wall, and this figure has been sculpted to represent him doing just that! He is sculpted bursting out from the pages of a comic in an acrobatic pose for a more playful appearance, but also has a facial expression that's just asking for trouble!

The figure has been painted in a unique way that attempts to mimic the shadows and highlights normally seen in American-style comic books, while also very carefully selecting colors to best match Deadpool's character. The various sound effects and comic pages bursting out together with him have all been carefully detailed creating a figure that fans can enjoy from any angle! Be sure to add the ultimate Deadpool figure to your collection!

A figure of Chiaki Nanami! This is without a doubt 100 MEGA SHOCK!From 'Danganronpa 2: Goodbye Despa..

Annoying! Adorable! But still annoying! The annoying and adorable Uzaki-chan is now a 1/7th scale fi..

The King of Knights, pledging the team's victory.Presenting a scale figure of Altria Pendragon in he..

The beautiful Kurumi Tokisaki in an adorable Chinese dress!From the popular anime series "Date A Liv..

Sold Out Marvel
Due to geographical licensing restrictions this item can only be shipped to following countries: Canada,United States
Add to Wish List